For Noumaan and Kareema, and the children who live on within all of us.

Once upon a summer afternoon in Delhi, two friends; Ro and Fyo; were sitting in the balcony with their legs crossed across their laps. School was out, and both had lots and lots of homework to do.

“This is hard work”, said Ro, sipping on pineapple juice with his eyebrows bunched up in concentration.

“What are you studying?” Asked Fyo. Fyo had to write a short story about a bunny for Ms Sharma’s English class, but was rapping her pencil on the floor and trying to write the beat for a rock song instead. When Ro did not respond; busy blowing bubbles into the juice with his straw; she looked at his textbook. He had been drawing horns onto pictures of Emperor Aurangzeb in his History textbook.

Ro jumped up suddenly. “We must ask Mr. Sun to shine less brightly so that we can finish our homework”. They both nodded, and started jumping up and down, trying to get Mr. Sun’s attention.

Then, suddenly, Fyo had an idea. She started to wave her arms about, wriggling her fingers at the sky . “Mr. Sun! Look at my rays!” she shouted.

Mr. Sun, who used to be sad because children always wanted to imitate Ms. Windy, turned around to see.

Ro started to wave his arms, too.

“Wow, kids!” He said in delight. “Your rays are almost as wonderful as mine!”
He squealed with pleasure, shining brighter.

Fyo and Ro shielded their eyes.

“Would you please shine less bright for a while? We have a lot of homework to do and our teacher will be very angry if we don’t complete it”, said Ro.

They both looked sad and sweaty.

The Sun felt bad for them. “Sorry children”, he said. “I went to the beauty parlour very recently, and the kind lady there said my radiance will last for a couple of weeks. There is nothing I can do.”

Fyo and Ro looked sadder and sweatier. “Please, Mr. Sun, it is too hot to do anything but doodle”, said Ro.
“and write rock songs”, said Fyo.
“And our AC is broken”, said Ro.

They looked at him with puppy eyes.

“Sorry, kids. Only Ms. Windy can help, but she has gone away for summer vacation. Nobody knows where she is”. And with that, Mr. Sun flew back up in the sky, waving them goodbye.

“Oh no!” said Fyo and Ro. There was a lot of homework to do. Ro scratched his head, wondering what to do. Fyo fanned her face with her hands.

Suddenly, they heard the sound of TV coming from inside the house.

“Cyclone Fani has arrived at the coast of West Bengal”, it said. “Heavy rains are to be expected in Kolkata”

Ro and Fyo turned to face each other. “Rain!” shouted the latter.
“In Kolkata”, said Ryo. “I wish we lived in Kolkata,” he sighed.
“Me, too,” said Fyo. “But we wouldn’t have Soupy the dog there”, she added, tapping her chin. Soupy was their neighbours’ pet, and the children used to play with him every evening.

“We could take Soupy with us!” said Ro.
“But he wouldn’t come without old Mrs. Singh”, said Fyo.

“We could take Old Mrs. Singh with us, too!”

“But what about Old Mr. Singh?”

“It is unfair that they get so much rain and we get so much of Mr. Sun”, said Fyo. Ro nodded. “It is. It really is”, he replied.

Then, he had an idea.
“Fyo, didn’t the TV say that Kolkata will get lots and lots of rain?”
“No, Ro. It said they will have heavy rain”, Fyo responded, feeling smart.

Ro looked at her funny. He knew that ‘heavy’ was the adults’ way of saying ‘a lot’.

“What if we bring some of the rain from Kolkata back to Delhi?” He asked her.
Fyo’s face lit up the way it did when she got to eat some mango ice cream.
“Then Soupy the dog can also enjoy with us!”
They both clutched each other with excitement, and started to jump up and down.

“We will bring rain for Soupy!” they chanted.

“We’re going to Kolkata to get rain for Soupy!” they screamed.

But how would Fyo and Ro get to Kolkata?
They both kept jumping and thinking, trying to find a way.

“Look! There is Mrs. Fani!” exclaimed Ro, pointing east, where Cyclone Fani was turning round and round in circles like a classical dancer.

“Mrs. Fani has a lot of clouds in her bag. If we are nice, she might let us take some back to Delhi!” responded a very excited Fyo.

Fyo started jumping towards Mrs. Fani. Suddenly, Ro held her back.
“Careful, Fyo!” He said, wisely. “If you get too close to her, Mrs. Fani will make you spin round and round with her!”

Fyo shuddered. They both decided to call Mrs. Fani in their nicest good-girl and good-boy voices.

“Mrs. Fani! Mrs. Fani!” they shouted, like good girls and boys, but Mrs. Fani was too busy spinning in circles.
Then, Ro started moving his hips like he did with the hula hoop. Fyo giggled at him, and then started to do the same.
“Look, Mrs. Fani! We are cyclones, too!”

Cyclone Fani saw the children and slowed down her spinning, pleased.
“Wow, kids! You make excellent cyclones!” she exclaimed in adoration. Children rarely wanted to be like her, and it warmed her heart to see Fyo and Ro imitate her.

“Thank you, Mrs. Fani!” said the children. Mrs. Fani nodded, and was getting ready to spin fast again, when Ro chimed in sweetly:
“Mrs. Fani, we have a favour to ask”

Cyclone Fani, who was still pleased with the children, nodded.

“Mrs. Fani, we wanted to ask if we can borrow some of your rainy clouds. We don’t have any of them in Delhi, and it’s too hot to do homework”, said Fyo.
“Or to doodle,” added Ro.
“Or to make a rock song” added Fyo, importantly.

Cyclone Fani slowed down her spinning even more. She looked very serious, and the children looked at each other, scared.

“I am so glad you asked!” Cyclone Fani said excitedly. “I’m afraid the clouds have made my luggage too heavy, and they will stop me at immigrations in Bangladesh”, she added. “You see, I’m on a tour of South Asia”, she explained, seeing the confused looks on the children’s faces.

“Yippieee!” shouted Fyo and Ro, looking very happy. “We will take rain back to Soupy the dog!”, they jumped about, rejoicing.

Mrs. Fani handed them the clouds mid-spin, and Fyo and Ro held their grey, cottony mass with both hands, still jumping. They were heavy, and both of them felt their knees shake with the weight.

Suddenly, the weight made them realise something: how would they take the clouds back to Delhi?

“These clouds are too heavy to jump up and up with”, observed Ro.
“That’s because they are filled with rain,” said Fyo, feeling smart.
“Mrs. Fani! We don’t know how to take our clouds back to Delhi!” They both shouted.

Mrs. Fani stopped spinning. She didn’t know how to help the nice children who had imitated her.

But Fyo and Ro looked at her, their mouths gaped open with excitement, for they saw what they did not expect at all: Mrs. Windy was there, spinning with Cyclone Fani!

Ms. Windy waved at them, and they felt their hair blowing about.

Fyo and Ro smiled at each other, and then at Ms. Windy.
“Ms. Windy, we want to take these clouds back to Delhi,” they told her.
“Say no more!” said Ms. Windy. She then took a huge breath of air, and blew it out in the children’s direction.

Fyo and Ro clutched at the clouds excitedly. To their amazement, they were flying back to Delhi with the wind!

Ms. Windy and Mrs. Fani started spinning again, and they got smaller and smaller.

Soon, Fyo and Ro found themselves back in their balcony, with Soupy the dog barking nearby.

“Soupy! We have a gift for you!” said Ro excitedly, letting his arms open and releasing the clouds.
“And for Old Mrs. Singh!” added Fyo. They watched the clouds they had carried climb up the sky, where Mr. Sun was still shining brightly.

Soupy wagged his tail in excitement. Fyo and Ro held their breath.

Suddenly, a raindrop landed on Ro’s cheek with a Pitter.
Then there was a Patter, and soon the pitter-patter song of the rain started falling from the sky.

“Hooraaaay!” shouted the children, running around the balcony. “Hooraaaay!” they shouted, as Mr. Sun’s dazzle yellow rays met the pitter-pattering raindrops, and made rainbows in the sky.

“Hooraaaay!” they went, as they sat down to complete their homework. Ro studied about Emperor Aurangzeb, and Fyo finished writing a story about bunnies for Ms. Sharma’s English class.

“Wow! We had a real adventure today!” said Fyo
“Yes! It was a solid one!” Ro responded.
“I think it was a liquid one”, said Fyo, feeling smart.
Ro yawned at Fyo’s terrible, terrible joke. Fyo yawned because she was tired.

And then, because they were good children who had had a very long, tiring, adventurous day, Fyo and Ro changed into their pajamas.

They fell onto their bed, and into deep, dreamy sleep.

Category 4 Cyclone Fani, which is fast moving towards India’s eastern coast, is expected to hit Odisha and West Bengal in the coming days. Schools in Kolkata have been declared shut in anticipation of the same. With this story, I hope for the safety of all living in the affected regions. Sometimes, childlike hope gets us through the biggest disasters.

One thought on “The Adventures of Fyo and Ro #1: Summer Vacation” 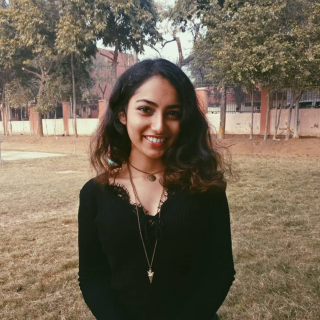